In this month's summary, Ben Black discusses some new news about flexible working, a small breakthrough for social care, and why male named hurricanes are supposedly safer 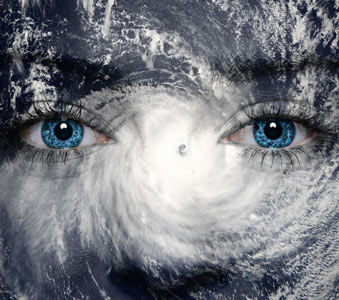 Finally, we had a quiet news month. Not much happened in December - it feels like the world has had enough of 2016. For a summary of all of 2016's major talking points in the world of work+family, have a look at the my recent yearly review.

Getting men to hold up their hands is fundamental to gender equality. Disappointing, therefore, to hear from the CIPD that take up of SPL remains low. We know the reasons: money; awareness; and societal attitudes... But we are getting there slowly. Expect slow but steady progress in take-up rates in 2017.

Meanwhile, an interesting piece of research undertaken by Avenir Consulting shone a light on what happens when men work a bit more flexibly and take an active role in childcare. Surprise! The men are happier, the family is happier, and the mothers' careers progress better.

GlassDoor produced its list of the 50 Best UK Employers. The ability to trust people and to judge them on outputs rather than inputs plays a huge part in creating the kind of culture people want to engage with. I'm delighted that no fewer than 15 MFC clients made the list!

Working Mums was also in the news with its flexible working report. There's lots of good stuff in there and we've been delighted to support their work - our very own Jennifer Liston-Smith has been heavily involved. Parents need flexibility and increasingly they can find it; if only the childcare market would catch up everyone would be happy.

At last the crisis in social care got a bit of airtime. The Govt. announced that local authorities would be allowed to increase Council Tax to pay for more domiciliary care. A drop in the ocean I'm afraid, but better than nothing.

This landed before Parliament this month. I'm a huge fan of what the Govt. and its impressive Equalities Office is doing. The first stage is more transparency which is what the regulations are all about. Once employers get their heads round the requirements - which are complicated - well, then you can start talking about penalties.

Did you know that female hurricanes are more dangerous than male ones? I kid you not. People don't seem to take female named hurricanes as seriously. They, therefore, take less heed of the warnings, are more at risk, and die more often. Unconscious bias at its most prominent? Perhaps...

Best festive wishes to one and all!