Recent gender pay gap news has got Ben mulling over the hurdles we need to overcome to be a bit richer, a bit happier and a lot more equal 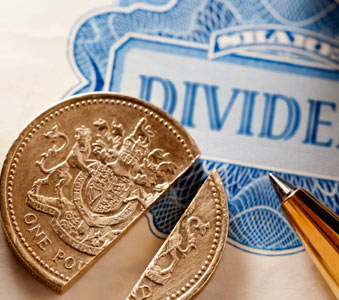 It was great to see Schroders become the first FTSE member to report its gender pay gap data, and no surprise to see that there is a massive difference in pay between the sexes. I used to wonder whether the pay gap really was as important as all those slightly frightening feminists made it out to be. It took me a bit of time to realise that the answer is YES. Here's why.

There are really two parts to the gender pay gap. The first is whether men and women are actually paid differently for the same work. If so, then that is just wrong, plain and simple. And if it is true it's also commercially bad. Unfairness tends to create tension which has all kinds of unhelpful knock-on effects.

In fact, only a small part of the gender pay gap relates to men and women being paid differently for the same work. The reasons it happens at all are well-known. Men talk about themselves based on their potential. Women tend to rely on experience. Put another way, men tend to find it easier bigging themselves up; have inflated opinions of their own worth; and are better at negotiating bonuses and salary rises. Women, and apologies for the huge generalisations, tend to go the other way. They are more timid, shy and retiring when it comes to navigating the world of corporate remuneration.

The good news here is that firms like Schroders have made massive strides to fix the problem:

But the other part of the gender pay gap is much harder to eradicate. It's all about men doing more of the high-powered/high-stress jobs that are naturally better paid as well. Here there are a whole host of societal and historical reasons that will take a long time to put right.

Let me give you a good example. As part of the My Family Care business, we own a childcare business, Tinies. Tinies has 50 crèches and nurseries dotted across the country. The more diverse the teams we have in a childcare setting, the better; and in our case, diversity often means having 10% to 15% of our child carers being men.

Can we find enough men who want to work in childcare? No, it's virtually impossible. Men can be every bit as good at caring and parenting as women; just as women can be as good at running FTSE companies as men. But we'll never get to that wonderful place called equality until we convince more men it's OK to be a nanny.

It starts as early as the subjects that boys and girls choose in secondary school. If you want to end up in a high paid job then choose STEM subjects. We all know that, but despite small bits of progress, convincing more girls to follow suit is hard work.

A bit richer and a bit happier

Lord Neuberger was in trouble last year for saying becoming a Judge was simply too hard for many women. He was widely castigated. But delve a bit deeper into what he actually said, and it made complete sense. Being a top-notch barrister - a stepping stone in the Judiciary - is incredibly stressful. Somehow, society has decided that women are to be children's primary caregivers - seeing them opt out of the rat-race to go on maternity leave - while men are supposed to roll up their sleeves and prove how macho they are.

If we managed to eradicate the gender pay gap then we would be a bit richer and a bit happier. That's going to be a challenge for all of us for some time to come...