Who Cares About Diversity?

As Nigel Farage has repeatedly made headlines for his bluntness, Ben wonders if employers are being honest enough where diversity is concerned. How can we change people's views for the better? 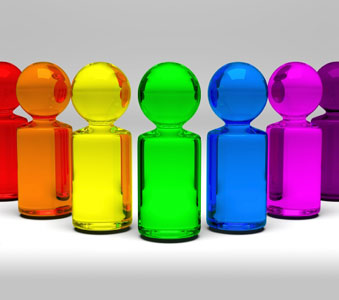 A word on Mr. Farage

Nigel Farage has been upsetting a few more sensitive souls recently with his views on homosexuality. To summarise, he said that a lot of over-70's are uncomfortable with the idea of homosexuality. For 'uncomfortable', read dead against it and occasionally homophobic.

Of course, plenty of left wing commentators have been up in arms as a result. But is it true?

Do the over 70's really struggle so much with the gender neutral, gay-friendly, same-sex marriage attitudes of modern Britain? Of course they do!

And why wouldn't they? It wasn't like that when they were growing up, and change is difficult no matter how old you are. Farage is popular because he calls it as he sees it.

Straight-talking is rare from politicians desperate for the middle ground, and it's wonderfully refreshing to hear it. But, and it's a big but, I'm wondering if it's actually useful...

Should politicians really give airtime to views that are - quite frankly - distasteful, no matter how many people share them? Is honesty always the best policy, and isn't Farage giving credence to the views by airing them?

Well that's the key question: Just how blunt do we want to be about the things we care about?

Inclusive workplaces for the 21st century

The UK's leading businesses are passionate about rewarding talent and creating diverse, inclusive workplaces ready for the 21st century. Really?! Possibly a few, but in reality big businesses are run by white, middle-aged men.

Most of them are comfortable with the status quo. They can often talk fluently about diversity, but they don't really care. And, if they have to get on message, then they'd much prefer to keep the conversation to gender rather than ethnic diversity.

A light at the end of the tunnel?

Fact: It's much tougher for women than men, especially if they consider taking any form of maternity leave. It will probably stay that way for a long time to come.

There, I said it. But, unlike Nigel Farage, we're committed to getting you to change your views - for the better!