You've Never Had It So Good

When it comes to gender equality in the workplace, we're constantly being told that we've never had it so good. Ben Black questions whether this is actually the case 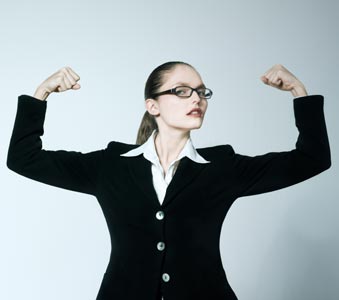 Talented mums are in luck

"Yes, of course you can work flexibly"

"You want to pick up little Jonny from school? No problem!"

"Want some one-to-one coaching to help you through maternity and manage those pesky male managers at work and at home? Yes, we have a brilliant programme in place."

We're all diversity champions now - apart from Donald Sterling that is. Talented mums these days can not only work flexibly but they might also benefit from some of that Lord Davies inspired discrimination to help smash a few glass ceilings on the way up.

Has it really never been so good?

Hmmm... I'm not so sure. I actually think the "you've never had it so good" viewpoint is complete codswallop. And that's a problem - I've been one of its chief cheerleaders!

It might have been tough making a clear choice between career and family back in the old days. But if you did choose career, there were also plenty of hiding places in those pre-internet days as well.

'Out of the office' really did mean out of the office. No-one knew if a meeting took 30 minutes or 3 hours. And meetings couldn't be conducted via some kind of pseudo-real webinar with all and sundry tuning in via CCTV.

Yes, playing by the boys' rules wasn't fair, but at least there was complete clarity on what those rules were. Lean In (or get out) was how it went.

An 'easier' time for women

It's well known that jealousy is what really makes us unhappy - just look at the venom thrown in Facebook's direction - so it might be tougher than ever for working women.

But the good news is they're probably happier as well - after all, the men are now almost as miserable!