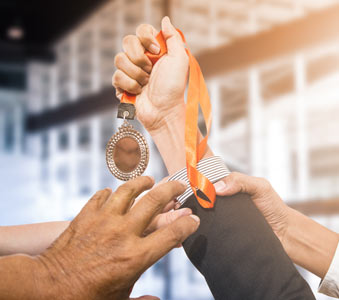 Workingmums.co.uk has announced the winners of its seventh annual Top Employer Awards, celebrating the leading companies in gender diversity and flexible working.

The Awards, which took place in Workingmums.co.uk's 10th anniversary year, were presented at a ceremony at London's Soho Hotel on 1st November where the keynote speakers were MPs Jess Phillips and Flick Drummond, joint chairs of the all-party parliamentary group on women and work.

And the awards went to...

Winner of the Overall Top Employer Award, sponsored by You At Work, was Sky. It was praised by the judges for the strong evidence of its support for diversity, female career progression across the board and family friendly working which was backed up with strong evidence and case studies.

The Top Employer Award for Innovation in Flexible Working, sponsored by M&G Investments, went to Vodafone in recognition of its pioneering global maternity policy which allows women to return from maternity leave on four days a week but get full pay for the first six months, easing them back into the workplace.

The Top Employer Award for Career Progression, sponsored by A.T. Kearney Ltd, went to Sky for its well thought through policies for identifying and promoting women, its ambitious targets, including 50/50 shortlists, which it was succeeding in working towards, its strong mentoring programmes and good evidence of success for its leadership programmes.

The Top Employer Award for Best for Dads, sponsored by IG Group, went to Lloyds Banking Group for its broad range of policies supporting dads, from their Being a Dad course, their Family Matters Network and training and support for managers in how to support dads to including dads on pre and post maternity leave support calls and their agile working culture.

The Top Employer Award for Talent Attraction, sponsored by CA Technologies, went to Berwin Leighton Paisner for its flexible recruitment policies, which included being upfront about flexible working in job adverts and the firm's pilot of home-based working in a sector not known for flexible working.

Winner of the Top Employer Award for Family Support, sponsored by Capability Jane, went to Carillion for the range of initiatives it offered to support families, including publications that promoted a changing culture, membership of Employers for Carers, family-related events and its star managers award which were an innovative way of recognising and rewarding good practice.

The Top Employer Award for SMEs with 1-25 employees, sponsored by Johnson Fleming, went to Cuttsy and Cuttsy for a strong, well rounded entry which was genuine and personal.  The judges praised the company for its holistic approach to wellbeing at work and for the fact that all training and benefits were provided across the board, creating a culture of give and take.

The Top Employer Award for SMEs with over 26-250 employees, also sponsored by Johnson Fleming, went to Madgex for its work on female career progression, support for dads and a strong emphasis on flexible working and work life balance across the board.

The Working Mums Champion Award, sponsored by Nielsen, went to Jane Magill, Managing Director of Macquarie Group. The judges were impressed by the huge amount of sustained effort made by Jane and the significant impact she had had in promoting female career progression in her company and beyond. The testimonials to support that work were strong and she had touched a lot of people, making the case that gender diversity is for everyone.