In this month's summary, Ben Black looks at the rise in working carers, some research from the world of gender diversity and the government's free childcare scheme 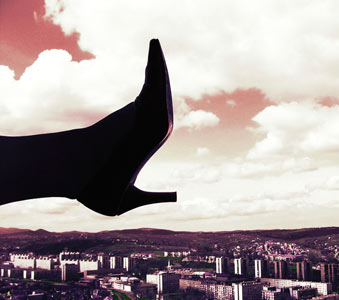 May was a surprisingly quiet news month, unless it concerned the state of gender diverse leadership. So let's start with childcare instead.

30 free hours of childcare was a Conservative manifesto pledge made when the powers that be were convinced that there would be no overall majority. It's been badly thought through and the implementation looks like it could be worse. For a brilliant and powerfully acerbic look at the shambles that is the introduction of the scheme, have a look at Tom Shea's musings.

Meanwhile, some clarity finally emerged regarding the payment of childcare vouchers during maternity leave. Yes, they can be suspended as long as it's part of a salary sacrifice arrangement. Yes, I know vouchers are being phased out, but it's sensible nonetheless.

Brilliant stuff from the CIPD on working carers and the challenges that will face employers across Europe. There will be 9 million working carers by 2037 and flexible working is the only way businesses will be able to cope. We're not doing badly in the UK, but Germany and Denmark are doing better.

Meanwhile, research from Age UK highlighted just how large the secret army of carers - working and retired - really is.

Morgan Stanley partnered with International Business Times to see if there really was a correlation between gender diversity and higher returns. You guessed it, the answer seems to be yes. There isn't one bit of research that conclusively proves the link, but this is the 25th serious bit of research in a row that finds a connection.

Leading executive search firm Korn Ferry found that part of the gender pay gap could be blamed directly on the lack of female CEO's. It sounds obvious, but it's actually quite interesting. If you take out the very top positions, the gap is often minute. Hmm...

Glassdoor, that famous US commentator, looked at the gender pay gap across Europe as a whole; as ever, the UK is middling to good.

Nicola Thorp made headlines when she took a stance about the need to wear high heels. Quite right too, even if she seemed to enjoy her time in the spotlight a bit too much.

Three cheers are in order for the US women's soccer team who demanded equal pay. And as for those anachronistic dinosaurs from Muirfield? Well, maybe it's their right to do what they want, as long as they don't mind being left to slowly rot on their own, a long way away from the British Open that they used to so proudly host.