In this month's summary, Ben Black looks at the new government's promise of more free childcare, glass ceiling research, and the launch of the Women's Equality Party 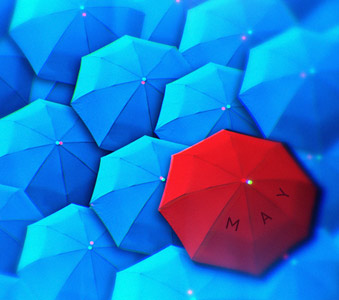 Christine Lagarde - it's a dog's life

Actually it was researchers from Linkoping University who referred to the dogs. They produced findings illustrating that bitches had infinitely better people skills than their male canine peers!

It wasn't all good news though. Catherine Garret-Cox, otherwise known as Catherine the Great, didn't do herself any favours. Positioning yourself as a great female leader and then complaining about the attention when things go wrong doesn't help the cause.

The new cabinet arrived in some style breaking all kinds of diversity and gender barriers. More 'free childcare' for working parents is high on the agenda, with plans to increase the free nursery care from 15 to 30 hours a week even being brought forward!

Interesting stuff from Badenoch & Clark: they spoke to 1,000 women earning over £60k a year about why the glass ceiling persists. It's a good piece of research which shows just how ingrained some of the male behaviours are in the corporate world.

There was also a study from 20-First. Top universities might be churning out 60% female graduates but it's a 60% split in favour of the men by the time they apply for business school. Go figure!

PwC and Grant Thornton both made tentative strides towards addressing the socio-economic diversity of their leaderships. Looking more broadly than 'A' levels (which favour the best educated rather than the most talented children) is a small but very important first step. Expect other employers to follow suit.

May also saw the launch of the Women's Equality Party; watch this space is the initial message!