In this month's summary, Ben Black looks at some depressing data around women in engineering and IT, along with some good news around gender equality 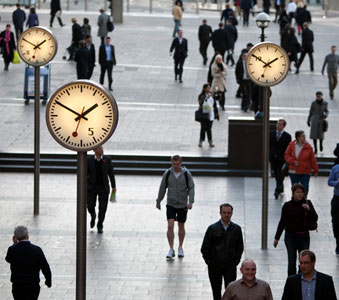 Depressing (and rainy) May

There were plenty of depressing headlines in May if you went looking.

The urbane, diversity fluent Richard Scudamore was uncovered as the worst kind of misogynistic Luddite.

Gartner revealed data showing that female graduates were no more likely to apply for engineering jobs than they were ten years ago, and Nominet calculated that the lack of women in IT was costing UK Plc £2.6 billion a year.

Meanwhile Kingsmill Review, highlighting the appalling pay and the lack of English, was merely the latest negative headline to hit the eldercare sector.

But there was good news as well if you searched hard enough...

Some positives and the occasional ray of sunshine!

Female doctors look set to outnumber their male peers by 2017. Gender equality received an unlikely boost from 23 male workers at the University of Wales!

And Nick Clegg was on message and quite funny at the launch of CityFathers with his cojones moment!

Finally, more great research from the 30% club and its "Cracking the Code" work. Authentic leadership and the power of data are the keys. We know!