In this month's summary, Ben Black looks at what's expected to happen when childcare vouchers end, the business need of identifying carers, and scratching below the surface of female leadership headlines 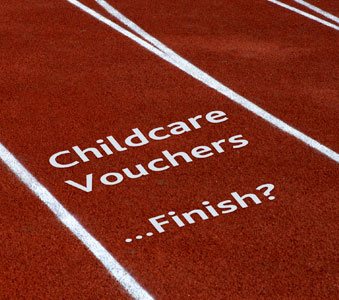 Childcare: the end of Childcare Vouchers

Childcare vouchers look set to disappear in September whoever wins the election but over 70% of all employers (according to our own research) are worried about communicating the changes. That's not surprising.

We don't know exactly what the changes are yet; there might be a stay of execution if the Govt. is found to have wrongly appointed NSI as the provider (we waiting on various senior Judges to opine currently); and it won't be obvious to all parents whether to opt in or out of the new scheme.

For all you need to know please have a look at the excellent Changes to Childcare Vouchers HR Resource Pack we put together with care-4.

Employers for Carers released some interesting new findings. 7 out of 10 of the UK's working carers feel isolated. Identifying carers and finding meaningful ways to support them in what can be incredibly difficult transition period will be one of the HR priorities of the next twenty years.

Cranfield released its annual figures of FTSE female directorships to the usual PR blitz. I find them slightly depressing.  Sure the headline-numbers look good, but scratch below the surface and still less than 9% of senior executive positions are held by women.

The conversation needs to be about talent and understanding that if half the best talent is female then the current state of affairs is a massive opportunity lost. I think the Grant Thornton global Women in Business research is a much more useful piece of work. It's an 8 minute read and contains some brilliant lessons for business, Government and Society to fix the problem.

Lastly, Vodafone was the star employer of March, with ambitious plans to standardise enhanced maternity packages across the globe. Powerful stuff from one of the UK's most confident employers...