In this summary, Ben Black gives us an insight into what the world of work+family could look like in 2017 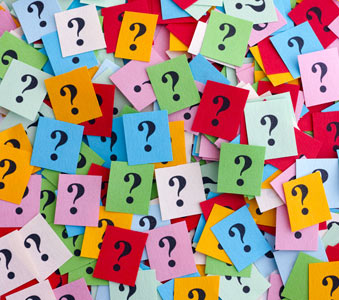 2016 was dominated by female leadership debates. The Davies Review wrapped up its work and gave itself a big pat on the back. The Women's Business Council overtook the 30% Club as the most powerful business voice agitating for the UK to unleash the massive economic potential of its female brains. And Hillary might have been robbed of victory by an awful narcissistic misogynist, but we did get Theresa May and Emma Walmsley - newly crowned big cheese at GSK - to swell the ranks of famous female leaders.

However, gender diverse leadership won't generate quite the same headlines in 2017. There are various reasons for that but chief amongst them:

Childcare - we finally get some sensible, and brave, decisions

When it comes to childcare, the Government has two priorities. It's trying to introduce the 30 free hours for 3 and 4 year olds, and it's replacing Childcare Vouchers with Tax Free Childcare. Both are being done in some laughingly shambolic ways. Meanwhile the childcare industry is gradually getting used to life in the 21st Century. That means parents being able to search, find and book the childcare they want when they want it.

So, what will happen in 2017? The 30 free hours will be scrapped. The Government will realise that the money would be much better spent putting funds directly into the hands of hard-pressed working parents. The savings from scrapping the 30 free hours will be channelled into the Tax Free Childcare initiative, meaning that vouchers really do get phased out. It will take a brave minister to make that kind of decision. The lovely, but slightly soft, Sam Gyimah could never have done it, but, just maybe, the hard-nosed and respected Caroline Dinenage does have what it takes!

Meanwhile, there is some good news. Childminders - the cheapest and most flexible childcare out there - will finally get some enlightened and commercial leadership. We will start seeing an increase in the childminder numbers which will make up for the shortfall created by the odd nursery closure. Overall, things are finally looking up.

A word about backup care. When care breaks down, parents want and need their preferred solution immediately. Matching supply and demand is all about the tech. We're getting there. In 2016, 10% of our bookings were done via a booking app straight to the nanny's smart phone. We'll start seeing much more of that as nurseries finally open their CRM systems up to external booking apps and nannies get the hang of running their careers through their phones.

2017 will see life getting a lot better for working parents, and cheaper for those constantly under cost pressure - employee-benefits professionals.

Well, first the bad news. Social care is in meltdown. The population is getting older and people are living longer. There is literally no money in the system. It's depressing and tragic in equal measure. People think that just because you have worked hard and paid NI that somehow the state provides a safety net. It doesn't.

The good news is that employers are finally starting to get the hang of exactly how to support their working carers. In theory, it's an easy three stage process:

That's obviously where we come in. 3 years ago, we had 30 clients doing something genuinely impactful around their working carers. Now we have 130. We will get there in the end.

Just how will the flexible working debate move on in 2017? Inexorably, is the answer. Life is a journey, not a destination. In these post-Brexit and austere times, more and more people have realised that. A journey needs to be enjoyed, and the best way to enjoy a journey is not to spend hours of wasted time commuting. The debate is no longer about whether to allow flexible working, but how to implement it.

Good flexible working requires people being judged on outputs rather than inputs. For that to happen, you need huge dollops of trust. That's all a long way of saying that the best businesses - think the likes of PwC, Citi, McKinsey - will get better and better at flexible working and all it entails. And the worst employers? Well they will continue to struggle. The battle for talent is going to be won and lost via flexible working...

The way businesses approached the problem of retaining their most talented women was to provide specialist coaching to help mothers and their managers through the maternity transition. A great plan but expensive.

I just can't resist. There's a recount in the US and we get a female leader after all. Nicola Sturgeon finally recognises that Theresa May is the most able politician in the UK and joins the Brexit team by replacing Boris as Foreign Secretary. Boris goes into stand up instead and is surprisingly successful. And across the channel, Marine Le Pen sweeps the board in another amazing win for female leaders. Not every cloud has a silver lining after all!