In this month's summary, Ben Black looks at the impact of Brexit, some unheard childcare rumours, and exciting investment news for women led businesses 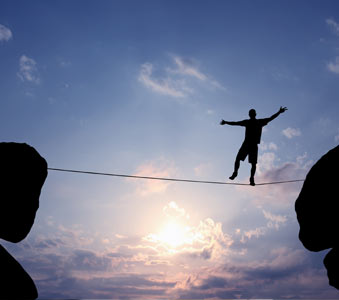 The referendum has overshadowed everything and also created a relatively quiet news month. Whilst the overriding emotion amongst our clients is trepidation about the future, there are a few positives, if you look hard enough.

And if the economic future does turn out to be as challenging as some of us fear then, long-term, there are some reasons to be cheerful. I am absolutely convinced about the benefits of flexible working and getting the best talent to the top, irrespective of gender. That doesn't mean that every initiative is sensible, though. Economic turmoil is the best way to sort the good from the bad.

Our clients might be well-positioned, but not everyone is. If you have an expensive on-site nursery that supports some of your staff, then now is the perfect time to change it for something cheaper and better. Don't be surprised if Goldman Sachs' celebrated nursery doesn't make it into the new building.

In all the noise, rumours that the pledge to increase free childcare to 30 hours were in danger of being shelved, were mostly missed. It would be good if they were true. It's a rubbish idea that doesn't actually help get parents back to work. Sorry if I've said the same thing 5 times before.

Groundbreaking headlines from the NHS's impressive Chief Exec, Simon Stevens. He has said that any extra funding should be given to social care rather than the NHS. Absolutely right, and amazing to hear someone say it.

Reports in the Telegraph, using ONS data, illustrated neatly how the demographics of the workforce are changing. The over 50's, many of whom will be carers, will dominate the workforce by 2024.

Surprising, in that context, to hear from the CIPD that only 1 in 3 employers have anything approaching a working carer strategy in place. The strategy should be the easy bit - it's engaging carers and making employees realise that employers actually see the benefits of providing some support that's the real challenge.

Good and bad... First we had the Women's Institute pronouncing that, after years of fighting for equality, many women were now opting for the kitchen rather than the boardroom. The WI would say that, but it was still interesting. Maybe we are entering a brave new world where people - men and women alike - really can choose to live how they want to, rather than how society tells them.

Meanwhile the world's most famous investor, Warren Buffett, announced plans to invest in more women led businesses. In or out of Europe, that's good news!