In this month's summary, Ben Black looks at recent family-friendly winners and losers, asks if working women are just better, and shares a video from Norway 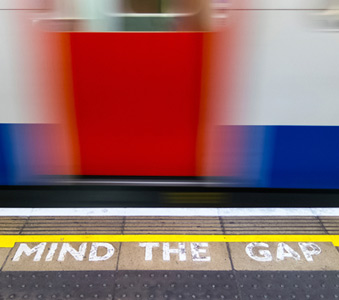 Well the winners in June were easy to spot. Virgin made plenty of headlines with an incredibly generous and forward thinking shared parental leave policy. We were glad to be instrumental in its development.

And Apple surprised everyone with the number of women taking centre stage at its annual conference.

And the losers: Google, which tends to do so many things right, can't seem to crack the gender diversity code. Latest figures reveal a tech workforce that is 82% male.

Meanwhile Tim Hunt upset all and sundry with his comments about the problems of allowing women into science labs. There was an understandable over-reaction which was a pity. The question "is diversity ALWAYS a good thing" is worthy of debate.

The UK - good news for women!

According to the GEDI Index (that's the Global Entrepreneurship and Development Institute to those that don't already know) Britain is the best place to start a business for women! Although that's not the case in engineering apparently. If you happen to have children then best to hide them away was one of the messages from National Women in Engineering Day.

There were loads of different reports on that subject in June. Firstly we had Germany's worryingly low birth rate being blamed on women having careers. And then the OECD produced findings to show that 20% of all female graduates born in the 1960's are childless.

Kate Bolick also made headlines writing in The Atlantic about how many women these days simply don't want babies. She's been bombarded with critics and supporters in equal measure.

Columbia University research suggested that the Queen Bee syndrome was nothing more than a myth. Successful women are, in fact, more likely to be supportive of other women navigating the complicated obstacle course of successful corporate careers.

Harvard University was also in the news. Its analysis of the comprehensive International Social Survey Programme found that working women are actually "better" parents!

The Economist produced a brilliant extended article on the changing nature of manhood. The main point - which is difficult to argue with - is that badly educated men in the developed world have not adapted well to trade, technology or feminism. Educated men are doing slightly better but there is still plenty of room for improvement.

There were two reports out in June, neither of which will set the pulses racing. The Commission for Childcare Reform in Scotland finally released its findings which basically said "more free nursery care would be a good thing".  I'm not sure it added anything to the knowledge pool.

The Family and Childcare Trust Report "Access Denied" was a bit better but again the conclusion that there is not enough free childcare misses the point.  Underfunded free-hours in nurseries is a fundamentally flawed way of supporting working parents.

After my rant above, something a lot better and funnier! The Norwegian women's football team produced a hilarious parody on the misogynistic stereotypes that far too many of us are guilty of making about female footballers. It's worth watching (and sharing!).