In this month's summary, Ben Black looks at the blight of summer for working parents and some good - and bad - news from the world of female leadership 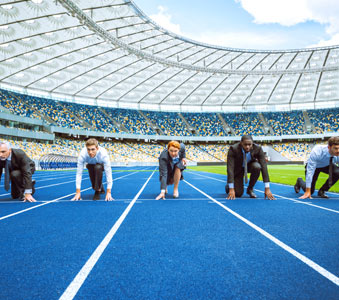 Brexit might have cast a long shadow over most debates, but there was something incredibly reassuring about watching Theresa May and Angela Merkel spending time together. Good detailed debate; conciliation; sensible decision making - characteristics that seem to be written all over their future relationship, and the future, of Europe. Phew. Add Clinton rather than Trump into the mix, and there are a few reasons to be cheerful.

If that was all good, then the latest results from the Cranfield FTSE Board Report made for depressing reading. Sure, the headline numbers keep moving in the right direction. There are more and more talented women out there both willing and good enough to sit on the boards of the UK's largest quoted businesses. But scratch beneath the surface and the numbers are dire. Less than 10% of executive directorships on FTSE Boards and less than 6% on FTSE 250 boards, are held by women.

What about the fate of Kevin Roberts, Chairman of Saatchi, put on gardening leave for saying the debate around female leadership was "over"? He argued, in a long article on Business Insider, that he thought that there were no longer any barriers to ambitious women in advertising. It was just that women realised that work-life balance was more important than career success and, therefore, lots of women simply opted not to go for the top jobs. Actually, it's a fair observation, but making it gender specific is just inaccurate and wrong on every level.

For something a bit more light-hearted, we've been doing some work with the team at Pool.com. They produced the brilliant "Guide to being non-threatening" for talented women. Sad that it's needed, but hilarious anyway.

The holidays are a logistical nightmare for many working families. Summer holidays are long because of a historical accident - 200 years ago, everyone was needed to help with the harvest. But now it's often the most stressful time for parents as the recent comprehensive Family and Childcare Trust report clearly illustrates. It's the reason some of the most enlightened employers spend so much on school holiday cover.

Eldercare - will it ever get better?

I'm terrified that it can still get a lot worse before we're even close to coming up with a financial framework that can support the ageing population. Encouraging, therefore, to see the Dutch Humanitas Deventer initiative, making some waves. The idea is amazing. Give young people free accommodation in old people's home in return for providing some of the care and time that is so desperately needed...

Good parenting skills are essential for anyone trying to make work and life work. I don't normally share my blog in this update but hopefully this will lighten up the day for all of our clients who know me personally... I have a lot to learn!