In this month's summary, Ben Black looks at what the budget means for working families, how to get eldercare support completely wrong, and recent employer awards 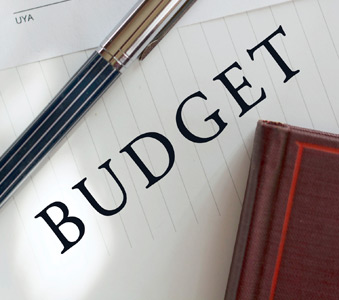 Findings from the Equality and Human Rights Commission found that 50,000 women per year were still being discriminated against because of pregnancy. That's a good headline but the underlying picture wasn't nearly so bad - 89% of respondents said that "pregnancy discrimination" was a thing of the past!

The CBI was in the headlines appointing its first female boss; the impressive Carolyn Fairbairn will become director-general in November. The globally respected Economist followed suit appointing the first female editor in its 170 year history. Zanny Minton Bedoes will take up the role in February. And figures from Cranfield confirmed that we finally seem to be hitting all those ambitious Davies targets. It's good news, but only if you restrict it to FTSE 100 companies, and don't ask annoying questions about executive numbers.

The Government made plenty of headlines in July. It's committed to going ahead with gender pay gap reporting - it's the right idea but whether it will work in practice remains to be seen.

Meanwhile the budget was big news with all kinds of implications for working families. We think the direction of travel is broadly right - things are looking better and better for working parents. The big exception is the proposal for 30 hours of free nursery care. It's fundamentally flawed and will never work.

Accenture was in the news. Together with Citi and Shell it's been one of the stand-out employers at understanding the potential of Shared Parental Leave to shift culture. Positively encouraging take up is the next logical step.

Meanwhile IBM announced that it's launching a breast milk delivery service in the US. Ground-breaking indeed!

60% of employers still have no eldercare support

There was plenty of eldercare news in July if you went looking. The Govt. quietly delayed its commitment to a cost of care cap. It shouldn't have done but it did primarily because the elderly don't know make as much noise as everyone else out there.

Our own research with ENEI was picked up everywhere - the chief finding being that over 60% of employers still have no support in place for working carers.

Newsquest ably illustrated how to get working carer support completely wrong. John Toner resigned over a disciplinary threat for taking time off to help his dying grandmother, and the ensuing media storm was exactly what Newsquest deserved.

Awards season has started with both ENEI and Glass Door celebrating various employers that genuinely understand that career and family are not mutually exclusive. As usual there was a smattering of My Family Care clients who featured, including McGraw-Hill, Swiss Re, Centrica and Commerzbank.

The Garrick decided, by a slim margin, to stick as an old fashioned boy's only club. Sad or sensible - I'll let you decide.