In this month's summary, Ben Black discusses Trump and women, inroads being made in eldercare and some shocking gender discrimination stats 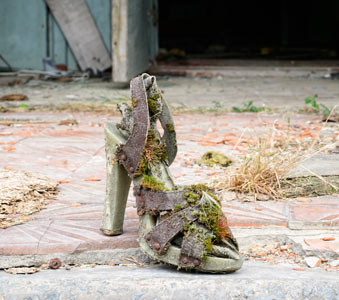 So, now a misogynist is the most powerful man in the world. Is it going to put a huge spanner into the onward march towards gender equality as many people fear? Possibly, but I'm not sure. In theory, women aren't one of the minorities and a pro-business agenda might present plenty of additional opportunities for talent to rise to the top.

If the world doesn't actually implode then it will be interesting to see what happens to some of the key indicators. Women on Fortune 500 boards is the one I'm tracking. That's no reason to sit idly by though, as all those amazing protests demonstrated. Nobel prize winner Leymah Gbowee put it eloquently when she said it's time for women to "stop being politely angry".

There was plenty of eldercare news in January. The true costs of our rising social care needs finally started receiving some proper airtime with various Councils seeking permission to raise Council Taxes by as much as 15% to help foot the bill.

I'm never sure where the Associate Parliamentary Groups fit in to our system of Govt. but the Women and Work Group is starting to make some noise. January saw it issuing a 10-point plan which included calls for equalisation of maternity and paternity pay, and for every employer with over 250 staff to have a carers policy.

What's the relationship between the Women and Work Group and the Women and Equalities Committee? I don't know either, but its report "High heels and workplace dress codes", which was released in January, is worth reading. There are so many societal expectations that need to be unravelled for equality to become a reality, and high heels is one of them.

Meanwhile, the Chartered Management Institute released findings showing that 81% of managers had witnessed some form of gender discrimination. Staggering! It was clearly a busy month for Govt. We also had the Equalities Office releasing its guidance on how firms should approach the forthcoming pay gap reporting requirements. It's going to be complicated, but the approach is absolutely correct. We - the employers, that is - will have a few years to get it right before the consequences of failing to do so are penal.

One of the keys to true gender equality is getting fathers on board. It will only become as easy for talented women to get to the top as it is for men when it's OK for men to be carers. In that context, it was good to see the indefatigable Maria Miller launching a cross-party group looking at how workings father should and could be supported.

But do parents, fathers and mothers, all actually have it too easy? Possibly. A feature on the BBC illustrated that all the new and wonderful ways of working flexibly favour parents over and above everyone else. That can't be right.

Childcare - London and beyond

Meanwhile, in the world of childcare, the Government is pushing on with its plans to provide 30 free hours to all 3 and 4 year olds. It's the wrong plan with the wrong funding but, politically, very difficult to change direction. A slow train crash if ever I saw one.

London remains the most expensive place for childcare, so Sadiq Khan announced a plan to provide special childcare loans in the capital. The last time the London Mayor tried something similar it was a total failure and the consultants' fees were actually higher than the additional funding distributed! Sadly, history has a habit of repeating itself...