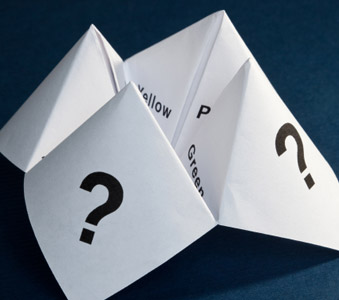 Plenty of people in trouble in January... Tony Abbott again hit the headlines for saying women were in charge of the household budget. He's just not Julia Gillard is he? The powers that be at Davos didn't fare much better even if 17% female delegates was an improvement on 2014.

And Russell Crowe jumped theatrically into the gender debate upsetting all and sundry.

It looks likely that, whoever wins in May, there will be at least 25% female MP's post-election. Still a long way behind Iceland where the Progressive Party found itself in the unusual position of having to appoint a man to gain some gender equality!

The IPPR was busy in January. Its Women and Flexible Working paper looked at the use of part-time jobs and their detrimental effect on the career prospects of lower-paid mothers in the workforce.

A report from Harvard Business School showed that women were not the cause of the glass ceiling; the costs of childcare were - plain and simple.

Research from the childcare charity 4-Children corroborated that finding. 1 in 5 women think of quitting their job because of the costs of childcare. Catalyst however went against the grain by stating that quotas were the answer.

Is the expression re-doing the rounds; is there a glass cliff? Apparently so, and Marissa Mayer of Yahoo is heading for hers. Meanwhile: a brilliant (and long) article from the FT on just how tough life can be in the City for talented ambitious women. Quotas are the answer.

A father won a sex discrimination case against his employer, PwC, because he wasn't granted a flexible working request. It is only going to get more complicated for businesses.

BIS acknowledged what we already knew: the take-up of shared parental leave will be far far higher than we first envisaged. Great news all round.

All the political parties have been touting their childcare credentials in the lead-up to the election. The childcare industry as a whole is a fairly obstinate, opinionated and change-resistant bunch. It's a pity because none of the changes mooted will have any real impact on the sector's structural problems. But whatever happens, do expect some more tinkering with the role of employers.

Yet more depressing news on the state of the nation; the NHS might be creaking but social services simply cannot cope with the ever-increasing needs of the UK's ageing population. The BBC produced an excellent care calculator. At least we have a bit more clarity on the issues!

McKinsey's Diversity Matters series was at it again. Diversity does appear to be a genuine commercial differentiator. Companies with diverse leadership teams have a 35% better chance of out-performing.

20-First also released its Gender Scorecard of 170 global companies. 216 out of 1,874 executive positions are held by women. Getting better, but it's still a lot worse than the official figures.

And finally, for a great template of how to be open about your gender diversity progress have a look at EY - impressive stuff.