In this month's summary, Ben Black highlights some slightly 'out there' views of working women, Ofsted gets tougher on nurseries, and we name Simon Collins of KPMG as our hero of the month 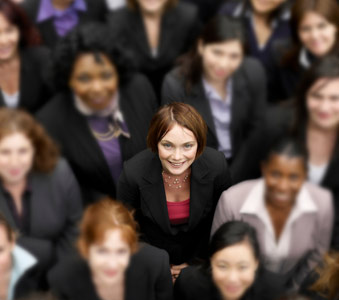 Too many women working flexibly!? (Says the Mail)

We've had quite a start to 2014. Famous Tiger Mom, Amy Chua, upset all and sundry with her new book The Triple Package. It's probably racist but there's also plenty of good stuff in there as well for ambitious middle class parents.

And the Daily Mail put the boot into the NHS claiming that too many women working flexibly was the root of all its troubles.

When the inspectors get tough...

Meanwhile it looks like the childcare uber-regulator, Ofsted, is starting to get a bit tougher with the UK's 14,000 nurseries. Half of the 'outstanding' ones are now being downgraded on re-inspection.

Did you know women in their 40s are the most fulfilled?

Neither did we until the research came out. There was depressing news from Davos, only 14% of the delegates are women this year. Meanwhile the Davies/Cable double act castigated the FTSE 350 for not doing more to embrace female talent.

At least the FTSE is starting to get its act together. The Professional Boards Forum found that over 20% of all FTSE directors are now women. Is that a critical psychological barrier? We'll see...

Heroes and zeroes this month

Even if he was slightly misquoted, Nigel Farage wins villain of the month award for some predictably Luddite views on gender.

The hero's award goes to Simon Collins, first among equals at KPMG and the release of its latest gender diversity research. Chief Execs need to really believe (emotionally as well as commercially) for their diversity message to carry through.