In this month's summary, Ben Black looks at the shambolic move to 'extended free childcare', eldercare in crisis, and the Met Police's first female commissioner 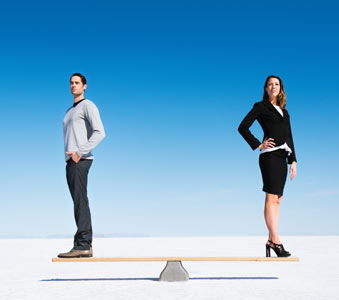 The Govt.'s childcare policy is all about helping get parents - mothers in particular - back to work. What working parents need is money to pay for whatever form of flexible childcare they want to use. They don't want to be given free hours that they can't use at places they don't like. We know that.

In February, the Family and Childcare Trust confirmed that the extension of free hours risked undermining quality, and if you really want to know what a brave Govt. should do, read this brilliant and controversial report from the Institute of Economic Affairs. It says, in a nutshell, "give parents more money and the Govt's only role should be targeted funding to the very poorest".

Meanwhile, the Childcare Voucher Providers Association was in the press calling for the retention of vouchers. No surprise there. Vouchers work but they're also an anomaly. If the childcare market really was going to be fixed, then they should definitely go. But that is a very big IF. Read more thoughts on the future of childcare vouchers.

What is it actually like to be on the wrong end of the gender pay divide? Glamour.com did an amazing job at adding some real-life bling to what is, in fact, a horrible reality for lots of women. The Women and Equalities Committee also reported in February that the pay gap will stay in place for generations unless the deep-seated societal issues that created it are tackled.

There's no evidence of that even starting yet apparently, although, maybe there is... The Resolution Foundation released findings showing that millennial men earned £12,500 less than the generation before them by the time they hit 30. That hints at a shift by men towards the lower-paying jobs that women have traditionally done. Exactly the kind of structural shift we have all been dreaming of.

Steve Tappin, the world-renowned host of "BBC CEO Guru", announced there were four types of female leader: the Pioneers; the Feminine Leaders; Integrated Women; and the Women of Inspiration. Interesting stuff. There was also a powerful statement from insurance behemoth Aviva - it has threatened to cut ties with any suppliers that don't give a big warm embrace to the challenge of gender diversity.

There were the usual appalling headlines in February concerning working carers, so let's start with the good news instead. The Fuller Working Lives report provided detailed evidence on how individuals, employers and the economy can all gain from fuller - for which read "longer" - working lives. It's one of those situations where everyone wins.

The BBC File on 4 investigation, using Freedom of Information powers, showed that there had been more than 20,000 allegations of abuse by care home workers over the last three years. The level is horrifying. There is such an enormous divide between a good care home and a bad care home that getting it right is the most important decision you might make for your ageing parents.

Elsewhere, there was confirmation that Council Tax will increase further to pay for our badly under-funded social care needs. Proof from our very own Good Care Guide showed that childcare remains much better, in every way, than eldercare, but even that has become worse over the last 5 years.

The truth is that there are lots of different and better ways to work flexibly in 2017 than there were at the beginning of the century. But equally, employers and managers' expectations of exactly what's possible have also increased. That's to be expected and was borne out by the Working Families snapshot of 2,000 individuals - a third thought it had got harder to combine working and family in the last 10 years, whilst 24% thought it had got easier.

The Institute of Leadership Management agrees. Its research showed that over 50% of employees believe that rigid workforce culture - and a lack of flexibility - holds them back.

The Met Police got its first female Commissioner - the highly impressive Cressida Dick. And if you want to know which law firms have the best culture, then have a look at RollonFriday's latest rankings. Exactly half of them are MFC clients! Congratulations to one and all.