In this month's summary, Ben Black takes a look at the future of gender equality, the ups and downs of childcare and eldercare, and Midlife Men, a new website that could break some boundaries 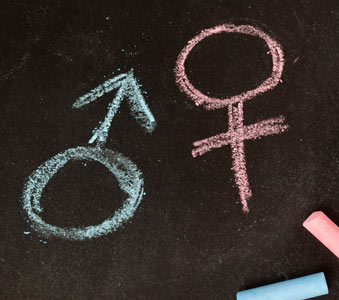 Although, clearly, flexible working isn't the panacea that Virgin would have you believe. The law is one of the industries that has struggled most to embrace different work patterns - not surprising really because of where they sit in the City food chain. Some firms are clearly getting it though. For a great, hilariously acerbic take on which firms have the best work-life balance, and which have the worst, have a look at Roll on Friday's annual rankings. MFC clients tend to habituate the top half of the list I'm glad to say.

The Family and Childcare Trust's annual cost survey found that prices have finally stopped rising - good news - but there was a severe shortage of "free places" - bad. Neither headline should come as a surprise. The childcare market is a market, just an inefficient one, but supply will eventually meet demand. And as for the lack of free places, well, it's a fundamentally flawed idea which the Government is committed to for purely political, rather than financial, reasons.

The other piece of news also came from FCT. A £1 per hour increase in salary for staff will turn a "good" nursery into an "outstanding" one. Low paid staff is one of the curses of the sector, so it's reassuring to see that extra pay does have a direct impact on quality.

There was plenty of news in February about the gender pay gap, with Deloitte being the most eloquent advocate for change. The gender pay gap is not just about men being paid more than women for doing the same job. It's about women doing worse paid jobs than men. If we had a society where women and men actually did the jobs they were best suited to, we would be literally £trillions better off. There is some way to go!

Meanwhile the mandatory gender pay reporting regulations are definitely coming. We think they have been sensibly put together, but if you would like to comment then now is your chance.

Yet more depressing headlines. First our very own Good Care Guide produced its annual findings. Childcare is good, care homes are struggling and there are some truly awful eldercare agencies out there providing sub-standard care. More money is needed in the system, but the only thing being offered up to help is a 2% increase in Council Tax. A drop in the ocean I'm afraid.

It really is good for business. Not that any more research is needed to prove the point, but February saw two new pieces of work released:

Finally for something a bit different, have a look at this brilliant new site - Midlife Men. Gender equality will only happen when men are as comfortable talking about being fathers as women are about being mothers. It's an agenda we all need to push - although I'm not sure if my appearance in podcast 3 helps or hinders!