In this month's summary, Ben Black looks at the looming childcare recruitment crisis, a new way of managing work-life balance, and the heroes and villains of the month 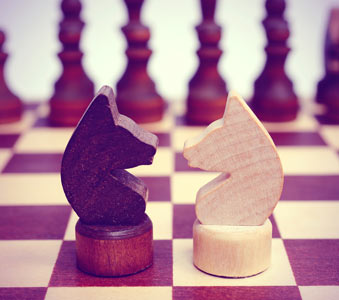 It's a year since its introduction and a broadly positive picture is starting to emerge. Our snapshot survey, in partnership with the Women's Business Council, made lots of headlines and even included a seat on Jeremy Kyle's sofa!

Whilst SPL take up is lower than hoped, there are good employers (and a few brave men) proving the business case. Surprisingly, one of the obstacles is some 55% of mothers not wanting their partners to share any of their hard-earned leave!

Working dads were also in the news elsewhere. Joint research from think-tank IPPR and the TUC, illustrated a working-father bonus; it seems working dads are actually paid more than their childless peers! Working Mums also produced a clear and very readable report setting out the business case for supporting working dads.

There's a very real recruitment crisis looming. Through Tinies, the MFC subsidiary and the UK's largest recruiter of childcarers, we're acutely aware of the problems finding enough people to work in the sector. The requirement from September, for childcare staff to have relevant GSCEs, will turn a challenge into a nightmare.

Elsewhere, the Daily Mail reported on plans to open nurseries for longer - a frightening prospect in these days of agile working - and the British Chamber of Commerce suggested we should view childcare like any of the UK's other essential utilities. We agree!

Business in the Community Awards

The Business in the Community Awards created their usual noise, identifying the best employers out there. Our very own Oliver Black was part of the judging panel and, as ever, gratifying to see some of the genuinely good-practice being celebrated. 18 different MFC clients made the final nominations.

Interesting findings from the CIPD looking at commuting and flexible working. Flexibility makes people happier, more engaged and, therefore, more productive. The UK Commission for Employment and Skills forecast a dramatic rise in the numbers of part-time male workers over the next 8 years (increasing 20% compared to the forecast 7% increase in the number of female part-time workers).

Meanwhile, Google continued to tread new ground with its own work-life balance app being added to the Google Calendar. We are getting there slowly...

Villains of the month

PayPal was in trouble for managing to put together an all-male panel for an event to discuss gender diverse leadership. But the real villain of April was Bernie Ecclestone after sharing his "Formula 1 wouldn't take female drivers seriously" views with the world.

Heroes of the month

There were a few. Herbert Smith Freehills made up 6 female partners and, amazingly, Kathryn Sargent became Savile Row's very first female tailor. But perhaps the real hero of April was PepsiCo's CEO, Indra Nooyi and her searingly honest account of just how big the family sacrifices were that she made to climb the corporate ladder so successfully. Worthwhile, if salutary, reading for everyone.