In this month's summary, Ben Black looks at recent employer awards, the promise of free childcare by political parties, and our recent launch of the Manager's Toolkit 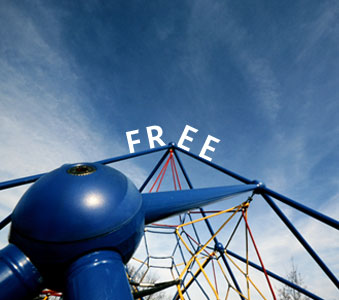 The Times Top 50 Employers for Women, produced in partnership with Opportunity Now, dominated the awards headlines in April.

Great to see 14 MFC clients in the list  (congratulations Shell, Freshfields, Herbert Smith, KPMG, Simmons & Simmons, Citi, Barclays et al). There was nothing strikingly new in the report - the best employers are doing more and more good stuff. It's as simple as that.

Books - the end of Male Supremacy

Female domination is coming, or that's the theory at least according to Melvin Konner in Women After All - Sex Evolution and the end of Male Supremacy. The paranoid reaction from certain male quarters would suggest he's right.

The way the various parties are falling over themselves to win the female vote and make bigger and bigger promises about the amount of free childcare is a bit pathetic.

Free nursery spaces are a fundamentally flawed way of fixing the childcare market. But it is fantastic news for all of us in the sector that childcare is now so high up the political agenda.

The Lib Dems are possibly the only party which really gets it. A Carers Package was amazingly included in its manifesto.

Interesting stuff from Robert Half; showing that the number of remote workers had increased by close to 40% in the last 3 years. It's a trend that is set to continue over the next 3 years.

Meanwhile the Future Workplace Report showed how highly work-life features on the priority list of the bright young things entering the workforce for the first time.

A Reed survey showed just how less financially confident (arrogant?) women are than men. They routinely ask for much lower salaries.

And finally a pretty useless piece from The International Labour Organisation, put together at huge cost, explaining the reasons for the gender pay gap.

We were busy in April releasing the Manager's Toolkit. All you need to know as a manager of a woman (or man) going on maternity leave packaged up online in brilliant, easy and accessible format.

Please let us know if you would like to know more.

Why can't the tech sector attract and retain more female talent? Research from Spring Technology showed that the gap is widening despite the best efforts of Google, Facebook, and Microsoft.

KPMG made the headlines by joining Deloitte in appointing a woman as the first among equals. And even that august body, the Royal Academy of Engineering joined the party by appointing Anne Dowling as its first female president.

Plenty of it in April... Ashton Kutcher's campaign for male nappy changing facilities made a few headlines.

Vicky Pryce's parenting skills attracted all kinds of opprobrium in the Sunday Times. She said a good au pair was more important than a good husband. She was married to Chris Huhne after all.

And finally, the Rich List highlighted the growing number of women making it. Progress, finally.