The world of law seems to be a man's game. But Ben sees a brighter future for women in the industry, even though the hurdles they have to overcome aren't small 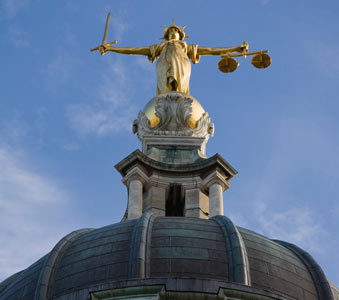 Last week I was talking about women in law, but before I finish, I've been thinking that there are a number of positives to divorce. One is getting to talk about yourself ALL the time. Writing this blog is similar. I get to pontificate about anything I want. Sure our social media police whinge that my readership is declining, but as Lesley Gore said "it's my blog and I'll cry if I want to".

I digress. I was talking about women in law and why they haven't managed to smash through the glass ceiling even though more of them enter into law and they seem to be better at it... Here's my theory:

First of all, it's women's fault.

Bright, professional women tend to marry bright professional men a few years older than themselves. When it comes to childcare, his career is a bit more advanced and he's paid a bit more. She takes the parenting lead and then, as sure as night follows day, it's her career that suffers.

It's all part of the blame culture

And then it's the law's fault.

When it comes to big corporate deals, the lawyers tend to be the brightest and best paid people in the room. They are also the least important. Businessmen make decisions, bankers advise, accountants do clever stuff with spreadsheets and then finally the lawyers are sent off to work through the night putting everything into complicated words.

No wonder lawyers thrive on an atmosphere of intellectual snobbery and masochistic late night meetings. No-one in their right mind wants to put themselves through that for too long.

And as women tend to be more sensible than men, it's them who opt out... And those that aren't more sensible? Well, they stick with it and are often worse than the male partners they've jostled past (Bloomberg research said that, not me).

Times, they are a-changing

Finally, it doesn't have to be this way.

Gradually, a few law firms (think Baker & McKenzie, Kingsley Napley, Norton Rose) are emerging that seem to be genuinely nice(r) places to work. Having children and doing great legal work are not necessarily mutually exclusive. In ten years' time if either of my daughters is threatening a career in the law, there's a chance I won't excommunicate them!

But I'll definitely use whatever parental influence I have left to make sure they end up somewhere nice...