Why Can't We Have Candid Parental Leave Conversations?

Whether it's in the boardroom or at home in the kitchen, honesty really is Ben's best policy. When considering his children's honesty policy, he wonders why businesses can't do the same when hiring working parents 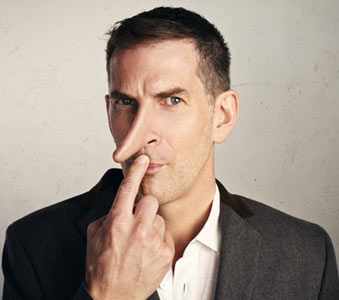 My children aren't angels, far from it. One of the times they failed to cover themselves in glory happened a few years ago on holiday in the middle of rural France.

Boy twin, aged 5, decided to sneak down to the kitchen at 10pm and steal a beer. He took it back to his room and gave it to girl twin. Girl twin decided it was a good idea to pass it onto baby sister, aged 2. Baby sister took a swig and decided the best thing to do with a nasty bottle of beer was smash it on the floor. Cue Spanish Inquisition and complete denial...

Eventually, I convinced them that honesty was the best policy and, if they were truthful, there would be no consequences. Unfortunately, that really did mean no consequences. My kids have got their heads round this game quite well and have developed a well-worn routine:

But whilst it's annoying, I genuinely believe that honesty is the best policy.

When it comes to the whole maternity transition, life would be so much easier if we could have open, frank, and honest conversations. Can you ever imagine a scenario where a 35-year-old woman - or man for that matter - goes for an interview and is asked about their plans for children, and that being 'OK'? And by 'OK' I mean that:

No, I can't either, but it's worth aiming for. It's actually the golden thread of our business - coaching people to have good conversations with themselves, their managers, and their partners. Then making sure there is some great practical support in place.

Is 'slowly but surely' enough?

Often the whole maternity transition is too wrapped up in emotion and potential litigation for these conversations to happen. Slowly but surely, however, the best employers are making sure these conversations happen. We would all like the progress to be quicker, but without a parent to promise "no consequences", slowly and surely is sadly as fast as we will go...