Unwelcome Surprises and the Sorry State of Eldercare

Something serious that still surprises Ben is the lack of State support for some of the most vulnerable people, namely the elderly. And he has a message to spread 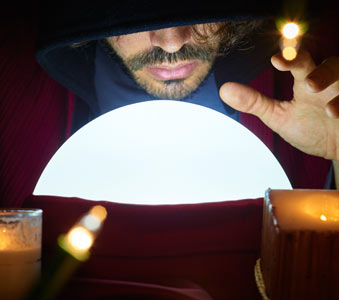 The worst type of surprise

Surprises - that's what I find difficult. No, not the nice ones that your friends spring on you to celebrate the birthday you thought everyone had forgotten. I'm talking about the vicissitudes of life that you just didn't see coming. The family illness that suddenly rears its head, turning your world upside down, or the wife that asks for a divorce out of the blue; the life-long friend that lets you down, or the golden child that goes careering off the rails. These are the surprises that are difficult.

As I've entered respectable middle age - and MFC is looking vaguely successful - I've become very good at turning most negatives into positives. The tender you don't win despite being convinced you should; the valued employee who actually isn't that engaged after all; or the supplier that you chose who turns out to be a charlatan - these are things that I can cope with pretty well.

When family goes wrong, well that's a whole different ball game. It's the surprise factor that gets me. If you have enough time to plan for the nasty stuff that's coming, that helps enormously. But when something goes wrong suddenly then it's liable to break down all those defences and coping mechanisms we've spent a lifetime building up. And that brings me to the point of this week's blog.

We're all getting older

At some point our parents are going to need some - or a lot - of help. There's an underlying expectation that somehow the State is there to help. If someone has spent the majority of their working life toiling away, paying taxes and doing their bit for society, then there's an easy assumption to make that when you need help the 'great' British welfare system will be there to offer support. It's not and it doesn't. Unless you are very poor, the State does nothing. Nothing! Or at least if it does something, it's negligibly small and the systems in place so opaque as to make it almost redundant. That can come as an enormous and unwelcome surprise.

You might need help but, other than family, you're pretty much on your own. This is why some of the best employers are starting to get involved - if you're a working carer, then without a bit of employer support it might just be too much to cope with.

All for no-one, and no-one for anyone

Can we do anything? Yes, spread the word! The State is useless and the welfare system for elderly dependents is pretty much non-existent. There will be no help when the time comes so get planning now. It might not make it easier but at least it won't be a surprise.

And with that cheery thought, I'm off to do battle with those charlatan suppliers!