It can be difficult to monitor who your children are friends with, as mum Kirsty knows well. But trusting them to make the right decision can be done, with a little education 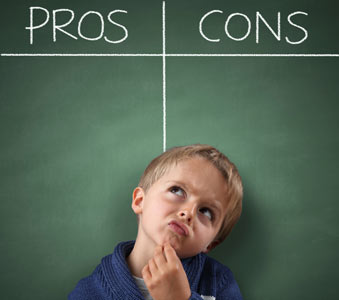 My Family Care asks Kirsty: Most of the time we're excited when our children make a new friend, but sometimes we feel they were better off before. Whether the new friend is overly mischievous, shows bullying tendencies or leads your child to temptation, how can you address the issue of negative friendships, without going down the Katie Hopkins route?

"I don't really like her anymore, she shouts and swears at her own mother!" This was the response I got to a question I asked my daughter when I noticed that a specific relationship with a friend had fizzled out.

My son is ten years old and at primary school. It's very easy to keep track of his friends as we are generally around when the children are mixing with each other. It is not so easy once they get to secondary school - most of the conversations are not even overheard as they are over social media, text, or on the weekend when they head out.

I would like to think that I have instilled in both of my children the need for 'good' friends. I have used their own personalities in order to naturally do this and have tried to give them both two traits which will aide them in life: responsibility for that other than yourself, and resilience.

Putting it into practice

My son seems to forge friendships based upon instant gratification. He decides then and there if he has a friend. I have noticed that his initial test is usually in response to his humour - if they laugh they are a friend (and in most part, a little mischievous). If they think he's weird, he discontinues that avenue. He has the resilience to handle it, and is warming to the notion of responsibility.

My daughter also uses instant feelings to determine if this person can be a friend or not. She has, however, reached a more mature level: responsibility of that other than yourself. I was happy to hear that she had slowly drifted from someone because they were rude to their parents. She seemed to make a judgement based upon something that did not directly involve their relationship, instead relying on her moral compass.

Children need to experience being 'led astray', they have to mix with all sorts, they have to encounter every character and learn how to deal with each.

They have to grow as rounded adults, and have a level of EQ (emotional intelligence) to go alongside their IQ. They say IQ gets you the job, but EQ gets you the promotion. So, let's hope I am setting them up for life!