ToughGuy, Kittens, and Lessons on Parenting

Ben's decided that parenting is pretty much the same as running an endurance race, where the mantra is 'what doesn't kill you makes you stronger' 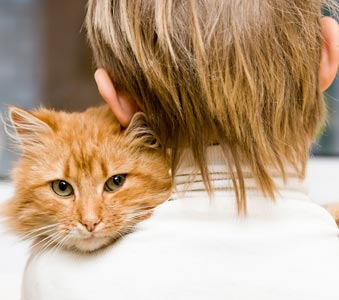 What doesn't kill you makes you stronger

True or false? Well, there are plenty of exceptions, but generally I'm going for true.

I did ToughGuy last weekend, an absolutely awful event. I'm addicted to endurance tests but this was, quite frankly, the most miserable experience of my life. Why on earth did I travel 2 hours to the Black Country in the middle of January to almost die of pneumonia at the hands of some wacky Wolverhampton farmer? No idea, other than because my mate Faisal - who's very popular and whom I was keen to impress - asked me to.

As things turned out I didn't die, and as the memory of the pain recedes I'm starting to get a little swelling of pride. I'm glad I did it; I'm enjoying telling the story, and maybe - just maybe - it did make me stronger.

I've been practicing the art of parenting according to the "what doesn't kill you makes you stronger" doctrine for some time.

Allergic to Brussels sprouts? Rubbish. You'll have 10 before you leave the table. Too cold for football? Never. And as for your parents' floundering relationship? Well, you'll be better for the experience eventually.

I add here that I'm chartering into quite unusual personal ground...

But, I do believe that children can cope with a load more than we give them credit for, especially if they're surrounded by the consistent love and affection of those around them. Separation isn't easy but if it's amicable, well, the children are probably learning lots of valuable lessons along the way.

Have a little faith

Those were the thoughts running through my head when my ex-wife decided we should add a kitten to our already complicated domestic arrangements. And despite sleeping on my head, taking a long time to get the hang of a litter tray, and generally being as annoying as cats can be, it's been a huge success. The kids love it. They've taken to the responsibility like the proverbial ducks. Even better, the electronics have been relegated to their rightful place at the bottom of the list.

Is there a moral to all this? Yes, of course. If you're thinking about doing ToughGuy, stop and buy a kitten instead!