The Tories, Childcare Promises, and a French Faux Pas

As a bit of a history buff, Ben has a knack for seeing when the past is about to repeat itself. With recent childcare promises being made, and delayed, his mind is drawn back to late 19th Century France, and it isn't looking good for our current childcare minister 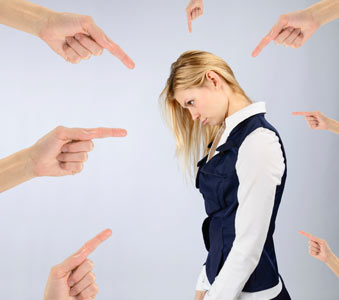 What's the similarity between Sam Gyimah and General Mercier? Maybe you don't know who they are and, even when you do, you might struggle to make the connection. But stay with me - it will be worth it in the end!

The Tories looked to have it right

Sam Gyimah is the press-friendly new childcare minister. He's charming, eloquent and seems a decent soul despite carrying around a poisoned chalice. Cast your minds back to the general election and you'll remember all the parties competing about who could offer the most free childcare. The Tories won with an amazing victory of course, so it's their promise of 30 free hours of nursery care for all 3 and 4 year olds that will be coming our way, perhaps a little later than expected.

It might sound good, but it's a car crash waiting to happen. There are various reasons for this, but chiefly:

We live complicated lives. Parents need a mixture of support, including grandparents, nannies, au pairs and childminders. Thinking that a load of free nursery care - when children get to 3 - will somehow help parents get back to work, is crackers. Absolutely barmy. Parents need money in their pockets and the freedom to choose from the myriad of options that will actually help them combine careers and families successfully.

Time for a history lesson

As for General Mercier, he carried around a different poisoned chalice. Back in the 1890's, France was abuzz with the Dreyfus Affair. Alfred Dreyfus was accused and convicted of being a German spy. The fact he was Jewish didn't help. But gradually, it became apparent that he was innocent. France became divided between the Dreyfusards and the anti-Dreyfusards - the people trying to prove his innocence, and the military and political establishment desperate to prove his guilt.

Émile Zola's letter to the President, "J'accuse", was the start of the end for the anti-Dreyfusards and, looking back, it seems obvious that the truth would come out. General Mercier ended up being the cheerleader for the military and the State, which effectively meant keeping his head in the sand for longer than anyone else. It all ended very messily - or very happily - depending on whose side you were on.

And finally, the punchline

So here's the point. Being opinionated and tenacious is generally good. But you don't want to be the chief cheerleader for something when the weight of history, facts, opinion and the bleeding obvious, is going against you.

I might not be an Émile Zola, but our Sam is doing an increasingly good impression of the good General!