The Good, The Bad, and The Ugly

Ben isn't one for categorising people, but due to current events - involving women in the workplace - he has decided to make some stark contrasts between the prats, the misguided and the good of the world 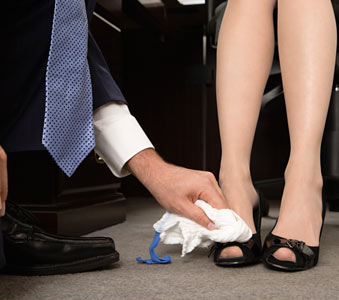 Actually what I really mean for this blog's title is the Good, the Misguided, and the Complete Prats.

Let me start with the good. I think most people fall into this category. Everyone's got something to offer, right? I mean you occasionally have to scratch quite hard to find it, but it's nearly always there, lurking beneath the surface.

Take our glorious political class as an example. They've made plenty of huge mistakes over the last 10 years - expenses, Iraq, Lord Jenner, childcare funding, not to mention one small credit crisis. But nearly all politicians started off in the right place. Seriously! They entered politics by caring passionately about making things better. They get worn down by the system and their ethical compass isn't the strongest but at least they started off in the right place. Look hard enough and you'll find some good in nearly all of them.

Whatever you think of Nicola Sturgeon (and I try not to) she was funny on the Daily Show!

Bad, not the worst

What about Tim Hunt? The infamous Nobel Prize winner who caused a storm in South Korea by saying that women shouldn't be seen in top end R&D labs because they fall in love with men and cry when they get criticised. Crass, ignorant and appalling diplomacy are easy words to throw in his direction. But certainly not a complete prat. The points he was making are serious.

Diversity is generally a good thing. But in the highest echelons of scientific research, it might not be. You're more likely to get laser-like focus in one direction if a team looks and acts the same. If that's a good thing in science then it's worth saying. Of course saying that the team should be male rather than female is a bit more difficult to defend but pointing out that men and women can give and receive criticism in different ways... well, also an interesting topic for debate.

What about Mike Buchanan, infamous mouthpiece of the anti-feminist league? Have the gender diversity tsars already won all the battles and is the world actually now set up for men to fail? Evidence would suggest not, but there are some interesting points he makes that we should be able to debate.

So when we asked him to contribute to a piece on equality between the sexes, did he say:

And if you guessed c), then you might just be heading towards what we call a "complete prat".