The Guardian's Harriet Minter offers her opinion on Shared Parental Leave and its impact. She wonders if it leads us one step closer to gender parity, or if men will simply be reluctant to take it up 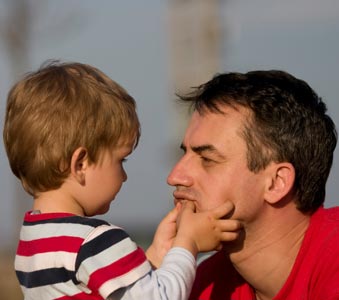 My Family Care asks Harriet: With the introduction of Shared Parental Leave, there is much debate about whether men will in fact take up the offering or whether it will make a difference to women in the workplace. What effect do you think the change will have? In an ideal world, what needs to happen to change the face of parental leave?

The countdown is on. In a little over six months we'll be entering a world where men can take as much parental leave as women, companies will have to stop thinking of children as a "woman's problem" and we'll finally achieve gender parity both at work and at home.

Except of course that we're not.

Don't get me wrong, I'm keen on the new Parental Leave laws. Sure, they're not perfect, but they're a step in the right direction and that's something. But unless we connect them with cultural change the reality will simply be that men have an option they never take up. In the past few years several studies have found that even when advanced paternity leave is offered men are reluctant to take it up. Why? Because nobody else is.

It's the same issue with flexible working, men are keen to take advantage of the options available to them but they're scared of being seen to do so, worried that their colleagues will think they've taken their foot of the pedal.

In a conversation recently, one friend told me that in her office everyone knew that five of the women worked from home on a Friday. It was clearly marked in their calendars and they made sure that no meetings were booked in for that day. What she didn't know was that one of her male colleagues had the same arrangement, except that his diary on a Friday read "external meetings" rather than "working from home". Anne-Marie Slaughter, the former director of the US state department who famously quit her job to spend more time with her family, says the problem is that we still tell men that all their value lies in the economic status.

We can't expect men to want to take on more childcare responsibility when we're constantly telling them that we judge them on their success at work. As she says, we tell little girls they can be career women, housewives, mothers or a mix of all three. We tell little boys to get a job.

What will help men want to take Shared Parental Leave?

If we really want men to make the most of Shared Parental Leave then we need to start telling them that we value them as fathers. Think about the last time a woman in your team told you she was having a baby...

Write down what you said and the next time a man tells you he's going to be a father make sure you ask him the same questions.

Ask him if he's going to need time off for hospital appointments, or to leave early in the run-up to the birth. Don't ask him how long he's going to take off, instead tell him about all the different Parental Leave packages you offer and give him time to decide what he wants to do.

Tell him you'll miss him when he's on leave but this is an exciting point in his life and he should make the most of it. And then tell him there will still be a job waiting for him when he's ready to return. And when he does come back from leave, make sure you ask him if he wants to change his working patterns, and explain the options to him.

Whatever you do, don't make it seem as though he's the exception to the rule.

The truth right now is that even with goverment legislation, we're not going to hit equal parenting. There is simply too much fear around it.

Yes, today's men have grown up with female bosses but they've also seen them disappear when having both children and a job became too difficult.

If we want to make Parental Leave work it can't just be about the leave, it has to be about what happens before and what happens after. And then maybe we won't just change the workplace, we'll change society.

Harriet Minter, Head of Women in Leadership, The Guardian