How I Survived Becoming a Manager: Reversing Roles (Part 3)

The summer after Michelle turned twenty-four was difficult, as she accepted a brand new role. She discovered that managing your friends at work is a challenge, but not impossible... 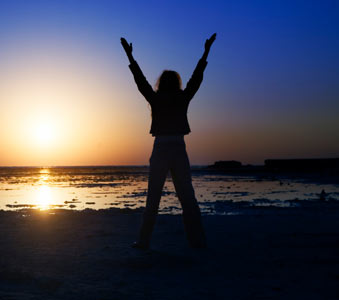 My Family Care asks Michelle: We were all children once, and as we grow up we mature and gain responsibility. Some of us will have families of our own and others choose to focus on careers, but at some point in time the relationships we have grown familiar with change. How do you handle transition gracefully? Where do you draw the line, and what help can you seek if you find yourself struggling?

Journey into the unknown

The summer just after I turned twenty-four, I took my first trip abroad and worked in the restaurant of a hotel. With a team of other foreigners, we did our best to serve customers and get through each back-breaking day! We'd bond as a team over a pint and a stodgy staff meal - and at the end of the summer we had made lifelong friends and promised to return the following year.

The following year, I packed my rucksack and set off to what I thought was going to be another summer of slugging plates and smiling at tourists who didn't appreciate us - what I didn't anticipate was how much more difficult this summer was going to be. When you take someone out of the role they are in but don't change the rest of the situation, learning to adapt and cope can be a challenge.

It's not the same!

Upon my arrival, the HR manager pulled me aside and told me that while the team had arrived and were ready to roll, they had some serious concerns about the gentleman who had been managing the restaurant during the off season. He was a lovely bloke, but not up to the task of managing the restaurant through the busiest three months of the year, and they wanted me to step up. I was thrilled, and then she dropped bombshell: he would continue to work in the restaurant - under my management.

Now I had mixed emotions; effectively I had been given my first managerial role so I was excited, but I also had to figure out how to develop a working relationship with that didn't make him feel as though he'd been forcefully stripped of his position. To top that off, I was no longer going to have a care-free summer with the rest of my friends - I was now their boss.

You have to earn respect

We got off to a rocky start, as no one treated me like their boss; I was still their mate, until the first week was over and I held a staff meeting. I decided that I wanted to run things differently. I didn't like that people were working long hours without breaks, or that the gentleman whose place I had taken worked at a snail's pace in comparison to the rest of the team. The culture of cigarette breaks was out of hand and moral was low! So, rather than rock the boat, we boarded a different boat entirely.

The ex-manager became my function room manager - he was given checklists of things that needed to be done and he could finish his shift when the list was complete. Anyone on a twelve-hour shift had a two hour tea break, and the clean rota was distributed weekly after the team decided which task I would complete. By the end of the first month, we had a rock solid team of people who respected each other and were willing to help each other out.

Depending on the personalities involved, some people will take the new arrangement and others will kick up a fuss. Try to limit the heated discussions in front of the team and NEVER speak badly about any member of staff in front of another.

I was lucky. I made it work, but changing my position in the team was difficult. I grew up that summer; I was no longer the naive little girl who did her job, got paid, and if something went wrong it wasn't my issue to deal with. I had to assert authority without stepping on anyone's toes and take responsibility, not only for the running of a restaurant but also for the wellbeing of my team.

My advice to anyone who finds themselves in a work related situation where they become their boss's boss is to eke out your niche, embrace your differences, and promote their strengths. No one wants to feel like they have been demoted or that someone else was promoted in their place. So don't try to hold them back, learn from them - both their failures and their successes.

You never know: with your skill sets reversed, you might just make a dynamic duo.