An Opportunity for Equality: Renegotiating the Domestic Contract (Part 1)

When change is forced upon couples, it can seem negative. Yet Gideon Burrows says this is a moment to shake things up and find a new equality 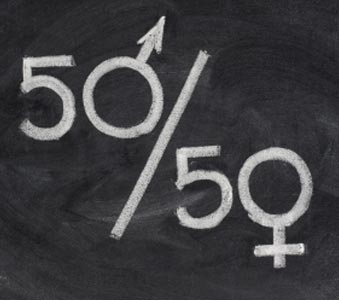 My Family Care asks Gideon: When working situations change, so do those at home. Whether someone is laid off or someone goes back to work, the roles that you have fallen into in the past go out the window, and both parties need to renegotiate the domestic contract.

How can this discussion be approached to get the most out of it for everyone? What needs to be considered in this renegotiation, and who needs to be involved?

An opportunity for equality

Having a change to your working or domestic life forced upon you can be stressful and even depressing. While it's important not to denigrate grief for your old life, it does offer an opportunity to look again at your family set-up.

Men frequently complain they'd love to spend more time at home and be with their children more. Many women say would like to broaden their horizons to outside the home.

Well, now you don't have to 'hope to get round to it one day'. You may be able to do something about it.

It is an opportunity, but it needs to be regarded as something long-term. Approaching it as a temporary fix until Dad 'gets a new job' really only entrenches traditional domestic roles.

And if you change the way you do things long-term, you may find you never want to go back to how it was.

Research for Men Can Do It! revealed that many couples simply never even talked about who would work and who would look after the children when they started to build a family.

It was the woman who gave birth and took maternity leave, so it was often assumed that her role as primary child carer and homemaker would continue into the future.

It wasn't that couples had consciously chosen the traditional roles. It's just that the conversation had never taken place. A change in work/life circumstances offers an opportunity to have that conversation.

But to make it a truly fair and open discussion, couples have to continually challenge themselves with the question: Why not?

When you force yourself to ask that question, it's no big leap to realise it is traditional assumptions, not ability, that have been holding equality back.

Gestation and lactation really are the only childcare roles women can play that men can't!

Key to the conversation has to be an understanding of the challenges the other partner faces as they go about their lives.

A father may come home late from work each day to a tidy house and sweetly pyjama'd children. Just because there's a feeling of calm at that moment doesn't mean the household hasn't been to hell and back since he left that morning.

A mother might feel it's easy for Dad to be primary childcarer for the day, but it can actually be very difficult in a world where he's the only man at the library sing-along and he's ignored by Mums at the school gates.

Couples need to talk about what happens when the other isn't around, so the conversation can be more honest and produce fairer results.

For my wife and I, we decided the fairest way to do parenting was simply to take it in turns to do the childcare jobs, including being primary childcarer.

But that didn't mean we had a blackboard where we tallied up our 'score'. It didn't mean a continual trading of jobs: a nappy change is worth the washing up; a night of getting up for the baby in exchange for an evening in the pub.

Instead, we started from a position of respect. What should I be doing to show I value and love my partner as we go about the things we've decided to do together: build a home, bring up a family, earn a living, enjoying our hobbies.

If whatever I try to sneak out of doing, my partner has to do for me, then shouldn't I actually be doing it myself?

We found sharing the work and striving for an equal deal became a key element of our relationship, not something we did on top of being a good couple.

Whatever conversation you have, and whatever the outcome is, it shouldn't be the final deal, signed and sealed in triplicate.

Throughout our lives things change: children get older, our health changes, our work changes. Things we've agreed no longer seem relevant or fair.

It's important for couples to continually revisit that conversation to see how things are going. Do they still seem fair? Are they working? Are you both happy? Has something you thought would work actually been unexpectedly difficult.

The key to success is an on-going conversation, adjusting and reshaping as we go along.

Gideon Burrows is author of Men Can Do It! The real reason dads don't do childcare. He and his wife have shared childcare and worked part-time since the birth of their first child nearly six years ago.