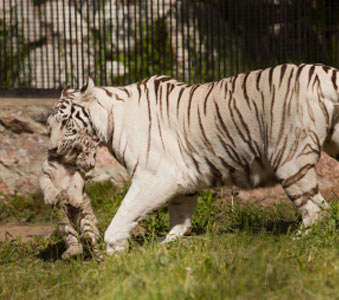 I went and saw Amy Chua, notorious author of Battle Cry of the Tiger Mother, debate against Justine Roberts, of Mumsnet fame, last year. The debate was a bit of a no contest.

Tiger Mum was glamorous in a super fit "my plastic surgeon has become a personal friend" kind of way. She was also witty, highly articulate and passionate about the right way to parent.

Mumsnetter, by contrast, was a bit flabbier all round - less glamorous, less eloquent, less passionate and unfortunately seemed to have a piece of that morning's breakfast stuck to her long green dress.

In all honesty I had probably voted before they started speaking…

And yet I'm no longer quite so sure. My mother in law has just been staying. She has many great qualities but having fun isn't one of them. She's far too busy worrying about table manners, about cleaning up and about P's and Q's (well S's and M's actually as she's French) to have much fun.

I always thought there was a choice between success and happiness.

The third member of the panel was a Hungarian professor by the name of Frank Furedi. Apart from spending most of the debate almost comatose with boredom he did wake up at one point to say that we're pathetically obsessed with parenting in the West (Western world I hope rather than West London)! Brain surgery is complicated; parenting isn't. You should just get on with it and talk about more interesting stuff instead.