Le Choix Des Rois, or 'The Choice of Kings'

It's important to treat boys and girls the same in their early years, because it can have a hugely beneficial impact on their future outcomes, says Ben Black 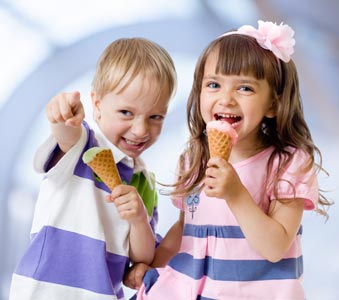 The choice of kings; that's what the French call boy-girl twins. My elder two fit that bill, and I know what they mean. It seems like a great deal - you have the sweet, beautiful daughter to do nice things with, and one rough and tumble boy to play ball and hypothesise about the greatest try of all time.

And when they start getting more interested in the opposite sex, then it's magic that they have each other.

Of course, having boy-girl twins gives you your very own diversity experiment to play with. With that in mind I've always had a bit of pompously superior scepticism about some of the more extreme feminist views. Tell me anything you want about equality of the sexes - I know different!

Is difference rooted in genetics?

Of course, if the sexes really are completely different then it raises a fundamental question. Does it mean that men are genetically better than women at doing some of the stuff that businesses require - more focussed, better at the politics, less emotional?

When my twins were told their parents were separating, 'She' asked if we still loved each other, while 'He' wanted to know where the Xbox would live. Classic!

This is important. 'Business' in general, along with the way most performance-driven environments have developed, tends to be far more male than female in its working culture.

It's all about winners and losers, macho negotiations, and chest-thumping late night meetings. Of course men are going to do better than women! That's what I used to think, at least. In fact, as I've become better read on neuroscience and early childhood development, I've realised it's complete codswallop.

Gender stereotypes are a marketing tool

Pink for girls and blue for boys is an invention of the 1960s, and was largely driven by the marketing arms of Mattel et al.

Treating boys and girls the same for longer in their early years can have a hugely beneficial impact on their future outcomes. And that's thankfully a view that is gradually gaining traction - even Children's Minister Liz Truss is on board.

Realistically, changing attitudes to children is probably the easier nut to crack than changing the macho way we approach business. After all, who doesn't love a good chest thump now and again?