Childcare, Uber, and Why My Toys are Out of the Pram

With new government promises on childcare, Ben's got his two pennies worth to put in. With a ridiculously complex system in place, he wonders if the future of childcare will be 'on-demand' 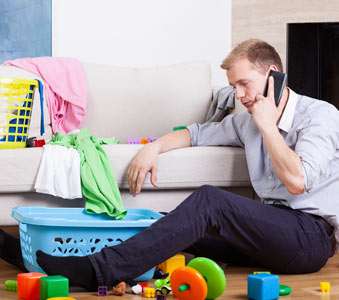 I'm back on my high horse about childcare I'm afraid. I just can't seem to stop. The government has just confirmed its commitment to more free hours of nursery care. It was an election promise, so they kind of had to follow through. But it's a fundamentally stupid way of supporting working parents.

The UK has some very good quality childcare with a respected regulator. But it also has the most complicated and expensive childcare system in the western world. The system is basically screwed.

Only two things fundamentally. We live more agile, on demand, flexible lives these days. That's a posh way of saying childcare isn't straightforward. The typical family might rely on a childminder, a bit of family (think those amazing grandparents), a bit of nursery and a trusted friend (which might be a friend but could also be a nanny or an au pair). Government funding seems to tell working parents that the inflexible nursery is the only option, well, that's just barmy and comes straight out of socialist central casting from the 70s.

Secondly, there is no clever app or platform, not yet at least, which links up supply and demand. We all know what Uber has done for the taxi market and what Airbnb has done for spare rooms. Markets are being made to work everywhere - blablacar is doing it for transport, and my current favourite borrowmydoggy is doing it for people who want to borrow a dog for the weekend and the owners who want to go away. Brilliant!

Here's where it matters

Why hasn't someone done it for the childcare industry? There's no good reason really. The distinction between unregulated and regulated care doesn't help and the industry has plenty of its own idiosyncrasies. But it's a huge opportunity for someone. What's needed is one simple platform where parents can:

I'm never entirely sure how good I am at leading this business. But one of my strengths is definitely knowing when to throw everything up in the air and head off in a new direction. Should it be us who creates the Uber of childcare? There's a little itch gnawing away at the back of my cerebrum's left hemisphere somewhere saying "yes".

We could just do with a Silicon Valley billionaire to join us on the journey...