Being 'You' and Not 'Your Identity': Changing Identities (Part 2)

As a maternity coach, Kate has seen how parenthood changes working parents' perception of themselves. Rather than identifying with one 'role', her advice is to relax into who you are as a whole 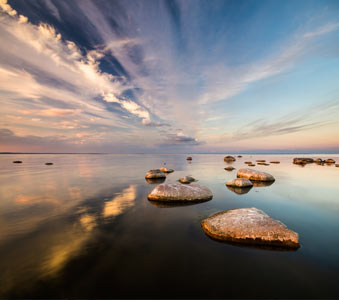 One size doesn't fit all

As I transitioned from being a working woman to a working mother of three boys, I have found the topic of identity interesting, both personally and academically. When I became a mother for the first time, I did some academic based research on my own transition to motherhood and that of a small group of women.

One of my findings, supported by Bailey's work, was that people construct their own sense of social identity through their own language, and that their identities shift over time. This was true for the women I interviewed and for the women I now work with as a Maternity and Leadership Coach. I hear women talk about their new identity as a mother in a variety of ways, including:

They also talk about their work differently. Some are worried about how to share who they are as a mother at work; then there are those who want to leave everything to do with their 'mother' identity at home when they go back to work; whilst some others want to be exactly the same as they were before they became a mother.

Identity is not one size fits all!

What I have found hugely useful is to remember that, whatever words I use to describe myself, I am not my character. This might sound odd and hard to grasp, but if you think about it, you can begin to see that it's because personal thoughts feel real. How we think about our separate identities feels like who/what we really are, but they aren't real, they are thoughts made up by us!

Just like the beach has no control over the rocks it gets, we have little or no control over most thoughts that pop into our heads; they simply show up. If you think of thoughts as rocks, one day, you may wake up and our mind is covered by a blanket of heavy rocks, and on other days there are fewer rocks.

We are guaranteed to have thoughts that sometimes make us feel bad: 'I am a terrible mother and a terrible consultant'. We will always have moods which force our personal identity to go on a mini virtual reality roller coaster ride, as our mood goes up and down. Don't worry, this is normal.

So, the fears we might have about returning to work when we have more children, occurs when our thoughts trick us into feeling stuck, as if nothing's going to change. However, if we can realise that our thoughts/moods don't mean anything concrete, and are just passing through like the rocks coming in and moving out; you'll also realise that, if we let them pass on their own, they will.

The less you cling for dear life to your concepts of how things should be - like how you ought to be as a mother, or as a working woman etc. - and accept and relax into it, the more you allow nature to work it's thing.