Can't See the Wood for the Trees

The care industry needs to see big change in the near future, Ben thinks we need to look at the big picture 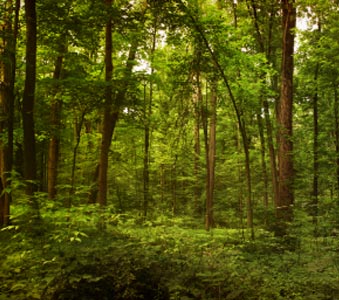 I work with one of my brothers. We rub along pretty well most of the time. The business is big enough for us to keep out of each others way and I have total respect for his commercial acumen. If I'm honest he brings far more to the party than I do - I put that down to his P&G training which puts the legal background of the other founders to shame! The one thing he just cannot do is spell. I mean I went to the same school as him. I know he studied English. He's basically forgotten that there are a couple of rules about verb, subject and object which govern sentence structure. And as for correct use of apostrophes, forget it.

It got to the stage where I could no longer offer an opinion on anything he had done because I was too busy looking for typos. Well, I'm glad to tell you I'm now almost cured. It was my father that did it. He actually took me aside and, in a very heartfelt but brutal way that parents are allowed, told me that obsessing about my brother's grammar made him think less of me. A bit harsh maybe but it seemed to do the trick.

Can the same be applied to other situations?

Now I'm wondering if my father could have a quiet word with the childcare industry as a whole.

People who work in childcare seem to be stuck in some kind of hysterical "change is bad" straitjacket. Pick up any copy of Nursery World (and if you struggle to find it I'll happily send you a copy) and it will be full of letters and articles along the lines of "new proposals awful", "Government evil" and "give us more money".

I wish I could hit the industry with some my dad's brutal reality. There are some massive structural issues and change is needed.

Take the recent proposals around childminding agencies. Childminders can be a brilliant childcare solution: flexible, affordable and accessible. So it's a tragedy that the numbers of childminders has declined so dramatically over the last 10 years. Why is that? Well it's difficult to handle the paperwork, look after the children and market yourself successfully to families. Many childminders have just found it too time consuming and complicated and have dropped out of the profession.

Put an agency in between that is used to doing that kind of work. If it means more childminders doing more childcare and less admin, then brilliant. And if it doesn't well, it will never take off and childminders will happily ignore the scheme.

So yes, the proposals might have been sorely lacking in detail - missing a load of apostrophes in my brother's parlance - but please, can't we just embrace the idea and move on?