Learning from the Past: An Ageing Population (Part 5)

Carol points out the positive aspects of an ageing population and indicates that if we learn from the past, the future looks bright 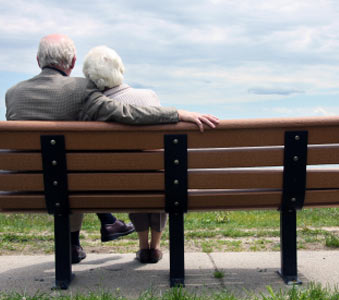 My Family Care asks Carol: Research shows that we are part of an ageing population. How is this influencing work, life and family balances? What pressures does it create and what advantages can be taken from the shift?

I am constantly told, with negative connotations attached, that I am part of an ageing population. But is it all negative? I don't think so.

I am also part of an increasingly fit and active generation of computer literate adults who are in touch with the world. I have been involved in planning and managing my own retirement plans and I never planned to sit back and relax when I finished working from 9 to 5.

Many of my generation have been able to afford to move closer to friends and family, because we've been smart and worked hard over the years and retirement communities are popping up all over the country populated with like-minded individuals ready to bow out of the hectic work day, but far from ready to stop!

The idea of a set retirement date is, in the scheme of things, a relatively new concept. Before the Industrial Revolution people worked either full or part time until their physical or mental capacities deserted them. We expect more of life than just work, and this should be seen as a positive - NOT a negative!

The ageing population is not all hedonistic, we are doing the majority of voluntary work and almost two thirds of grandparents are helping out their children with childcare.

Since my retirement in my sixties, I have spent the last nine years on call for childcare emergencies for my family, who live in London. As I live in North Wales and drive to London when needed, I provide what is justifiably called long distance cover! On one occasion I was out the door with an hour's notice, so that I could take one child for a school interview, while my daughter and her husband met with a surgeon at Great Ormond Street. My care duties seem light compared to friends who are committed to looking after babies 2 days a week, while others are on school run duty every day.

But this is all changing

We've been lucky, and while things are changing for us, the next generation will have to pick up the pieces. Increased longevity brings with it the need for increased financial security, which is in jeopardy as Defined Contribution Schemes relieve employers of the contractual obligations of defined benefit schemes, and we are hardly part of an economic regime that facilitates saving.

The younger generations are becoming increasingly dependent on their parents and grandparents for financial support, be it living at home well into their 30s and 40s or relying on the bank of Mum & Dad to buy a home.

Alternatively families are being split up as the search for employment takes children further away from the family home and caring for parents in their retirement can be more difficult from afar.

Those couples who decided to delay starting a family till later in life are going to find themselves with either a dual caring role, with both children and parents needing care at the same time, or moving seamlessly from childcarer to eldercarer.

The older generation will no longer be available to provide childcare as they will be working longer to afford retirement. Or they will be being cared for themselves, leaving the sandwich generation to cope with extra expenses on both ends of the spectrum.

These are challenges that both families and employers will have to face.

Learning from the past

Once upon a time, grannies were part of the household! And maybe the solution to so many of these challenges is to go back to the concept of togetherness.

With children being driven back home by economic circumstances, and grandparents needing a support network that is nearby. As the older generations downsize, the sandwich generation may have to upsize to accommodate the different generations.

While this may seem like it's looking backwards, the future plan will need to involve an increase in workplace support. A far more supportive and flexible environment needs to be in place, not only to support the older workers who are still working, but also to support younger workers with their increased responsibilities.