Amelie Mauresmo: Our Hero of the Month

As a self-confessed tennis fanatic, Ben Black is proud that the sport seems mostly to embrace equality. But can businesses be as accepting of diversity? 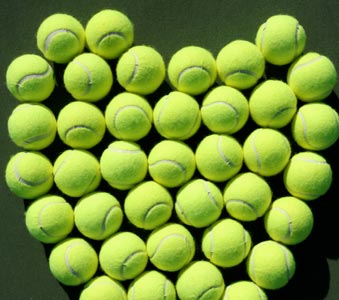 Tennis on the brain

I love tennis! I play loads, I had a picture of Ivan Lendl on my wall growing up, I still (occasionally) hit a mean first serve, my alias on the BBC Sport zone is 'FedFanClub', and when it comes to nerdy tennis facts, I'm probably in the top 1%.

Of all sports, tennis is the one that has given the biggest embrace to the idea of equality. That's not surprising really.

Billie Jean started it all by giving Bobby Riggs a good thumping in the infamous Battle of the Sexes. And the Evert-Navratilova rivalry was every bit as compelling as the best of the Connors vs McEnroe battles.

Where did it all go wrong?

Since those heady days - apart from the odd peak for Graf and Kournikova - it's all gone Pete Tong...

"They should stay at home and have babies," Ernests Gulbis.

"No-one wants to watch the Williams sisters banging seven bells out of the ball," says the viewing figures - with possibly a bit of racism thrown in for good measure.

For someone like me - a father of potential female grand slam champions (they are still young enough to dream) and an annoyingly persistent advocate of equality - it's a bit depressing.

The future for women in tennis

Is there any hope? Well, just a little, and it arrived recently in the shape of Andy Murray.

He's now broken a second taboo* by appointing Amelie Mauresmo as his coach. Love him or loathe him, he's a perfectionist.

If you're in pursuit of perfection, then gender (or race, religion or age for that matter) doesn't matter. In sport, it really is as simple as that. It should be the same in business...

* Just in case you're wondering about the first taboo, it was winning Wimbledon. Brits aren't supposed to do that!